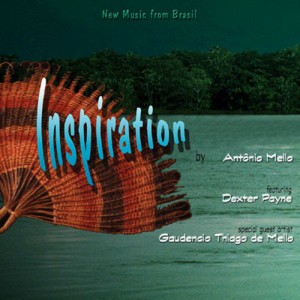 Antonio Mello, while living temporarily in Manaus, Amazonas, came to a show where I had a guest spot and invited me to his house to hear his music. The moment Antonio played me his first few bars I said, “This is why I came here!”

A former student of Sergio Assad, he already had a piece called “Homenagem a Radames” on the first Badi Assad album . I stayed in the north of Brazil 6 months, often sitting in Antonio’s kitchen, finishing and arranging several of these striking compositions together.

Downloads available at iTunes and Amazon

I was in Manaus playing on a weekly live music TV show… on an odyssey through Latin America. In April of ’95 I had given myself 18 months for an unmapped journey, plenty of time to really dig in wherever I had the urge. Well past the 2 year mark, I met Gaudencio Thiago de Mello on a boat in the Amazon River. Encontra Das Aguas, where the Rio Negro and Solimoes meet, was the place – a striking natural spectacle, where the dark and the light waters of two gigantic rivers meet and take miles and miles to mingle and eventually blend together. We listened on the boat to a rough mix of “Journey to the Amazon”, his gorgeous album with Sharon Isbin and Paul Winter. Silently, I thought, “Who IS this guy!” I was there on a gig and he was escorting his niece to a music festival – we became friends walking around Parintins, island town in the “River-Sea”, talking about music and life.

Thiago, former brasilian soccer coach who launched his middle-age music career in NYC, composing beautiful music and playing his hand crafted “organic percussion”, was on an extended visit to his aging mother in Manaus. I introduced him to Antonio (no relation) and pulled him in on our recording project of Antonio’s music. He had no instruments, or time to make them, so he played a box of matches, a clay flower pot, a saucepan with a little water in it. INSPIRATION!

Little did I know that 6 months later I would be playing with Thiago at Symphony Space in New York City with a 10 piece band… and playing and recording together for the next 15 years. I did not know then he would be very influential in the release of our effort, INSPIRATION, both in Brasil (EthosBrasil) and eventually in the US. Or that we would return to Brasil together years later to play a series of concerts with Antonio, in Rio and at the amazing MIMO Festival in Olinda, Pernambuco, where I played not only with Antonio, but with Sharon Isbin as well!

“…winning subtlety, fitting together like pieces of an intricate, intimate puzzle… the Brazilian whispers, and not just the carnival clamor.” – Missoula Independent

“Antonio is one of the formost examples of the huge talent which naturally flows from the Brasilian musician. I was absolutely moved by his recording with the American clarinetist Dexter Payne. The pieces on this CD reflect his maturity as a composer and instrumentalist.” – Sergio Assad

“Dexter Payne, a clarinetist with beautiful sonority, fascinating fluency and – for the general astonishment of those who still think that ‘Americans cannot swing playing Brasilian rhythms’ – he proves otherwise with his own incredible mischevious phrasing. To define him as a mixture of Artie Shaw and Severino Araujo would be no exageration whatever…A work of the highest level… feats of three wise men, united by their passion for the music.” – Arnaldo DeSouteiro    Read more (liner notes)