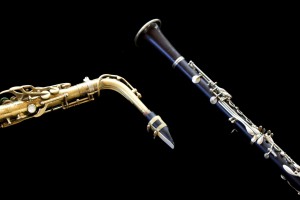 Welcome to the scenic route, not the toll road. This definitely is not the fast lane. My winding musical journey has defined the scenic route. Not recommended if you are impatient, goal oriented or trying to “get somewhere”. People say the journey IS the reward – half the fun is getting there. No one told me, but I have to agree. Traveling on foot, one step at a time… and not all steps are forward, or even in the same direction! In 1974 I ended a tour in Montana, in a group formed with one of my longest musical partners, David Horgan. Decided to spend the winter, out of curiosity about life on the western slope of the Rockies. I stayed 18 years…

Based there with my wife, the late Judy Roderick, for 16 years, I toured from coast to coast with her and with swing band, the Big Sky Mudflaps. Judy had already been in the music business, and out again. Signed with Columbia Records in the mid-sixties,  she recorded albums for Vanguard and ATCO in short order. Check out the reissue of her Vanguard masterpiece, Woman Blue, as well as the posthumous release, When Im Gone, of her original music on Dexofon Records, with featured guest Dr John.

Even before Montana I spent a year in Indiana playing with Stanley Smith, now iconic Austin clarinetist-songwriter. But I am getting ahead of myself….

My brother, sister and I, grew up with music in the house. Someone had told my parents to play the radio by the crib so the baby wouldn’t fuss at every sound. There was (grandmother) Nanny’s music box, my first harmonica at three, a plastic uke. Dad instituted a sing-along in the car, to keep us kids from getting car-sick and soon I was playing along on the harmonica. Mornings before middle school were always cacophony, with three instruments practicing at once. But before that, a year of piano lessons, leading up to the one I had been waiting for – the old family clarinet. Don’t know why, but I was always sure I wanted to play clarinet…

I was introduced to blues in a summer school band class – that teacher sparked something deep inside me, soon I was exploring a new way to play the old harmonica and a new awareness of a bigger world. Suddenly I heard something that was missing from my sheltered life, and it somehow related to the jazz radio station where I listened to Miles and Count Basie on sick days and beat my pillow with appropriated sticks. There was saxophone in school (starting on bari!) but my nose led me down a musical dirt road for the Delta even before late 60s free form radio blew the lid off. Then Hendrix intruded – once Jimi posed his not so rhetorical question, there was no escape.

Later going from blues to swing, back to blues and then to African music, always following the “secret notes”. Early on I auditioned for Roderick’s band, just in time for the last tour of 60 Million Buffalo. Four years passed and there was a season of JR & Friends and then Judy joined my band, the Big Sky Mudflaps. Together we played the NBC Today Show, Garrison Keillor’s Prairie Home Companion, Great American and Club Lingerie in Hollywood with her old friend, Dave Van Ronk sitting in, among other engagements. Then came the Forbears, together again with Don DeBacker… and Mac Rebennack. After a late 80s duo tour in the South, Judy’s health started to dip. A few years later her long battle with diabetes finally took it’s price.

Life is what happens while you’re making plans. There was that little side trip to Brazil… After the Bar B Q Bob Trio retired in ’95, I discovered there was a journey I had been preparing for all my life – put my belongings in a friends attic and headed for Mexico, saying, “I’ll be back in a year or so…” Starting in Baja California, I worked my way south from band to band, town to town. Almost 3 years later, having played in 10 countries, including 10 months in Brazil, my family asked: “Please come home for Christmas!” I flew home, from Buenos Aires… only halfway through the itinerary I had imagined. It seems I stayed longer everywhere than I had guessed. But the journey was just getting underway.

Meanwhile, back in the jungle… I was on a ship in the Amazon River (“Rio Mar” or river sea). We were gliding through “Encontra Das Aguas”, where the Rio Negro and Rio Solimoes rivers meet and their black and white waters take miles to mingle. There, I met composer Gaudencio Thiago de Mello. Thiago heard my clarinet and pulled me aside, saying “listen to this.” My eyes widened with amazement and my jaw dropped open as I listened to a pre-release of Sharon Isbin playing Thiago de Mello’s compositions with Paul Winter, and del Mello on percussion. Who was this person? That encounter was the beginning of a friendship and collaboration that spanned 2 continents and 15, years til his recent passing. and won me recognition in two Downbeat Readers Polls. That original extended walk-about covered a large swathe of Latin America, included musical adventures with pianist Ruben Gonzales, bassist Cachaito, (Israel Lopez Cachao) recording with singer Beth Carvalho, and many others. But far more important, and maybe impossible to explain, was the internal journey. Those years were life altering for me!

I had been back in the States for awhile, when one day I was greeted on the phone by an unfamiliar accent, “Is this Dexter Payne? My name is Boubacar Diebate, and I would like you to play in my band.” I recorded and toured in the US with Senegalese Diebate in various line-ups, one with Bela Fleck, when he was preparing for his African movie. There were performances with a number of African artists based in the afro dance hotbed of Boulder, and those experiences helped tremendously when Janet Feder appointed me director of AfroPop Ensemble at Naropa University.

After 4 CDs with Thiago de Mello, concerts in NY with some really great Brazilian players there, 2 NYC shows with Sharon Isbin, a return to Brazil at the MIMO Festival in Pernambuco where I played with Antonio Mello and Thiago, as well as with Thiago and Sharon… and my initiation to Mendocino Balkan music camp, I found myself the road again, this time as a member of the Lionel Young Band, winning the International Blues Challenge and touring extensively in the US, Canada, with an SRO engagement in Paris. While in France, there was an important detour to Turkey, where I had the great fortune to study in Istanbul with clarinet superstar, Serkan Cagri.

Some go directly, from point A to B, and others… take the scenic route.

Since my first U.S. release of Brazilian music, with Thiago de Mello, I have had the great fortune of working with a steady group of the highest caliber musicians – amazing artists, and four wonderful friends. Read about them on the next page! That project has really come to fruit – the Dexter Payne Quintet’s “Pra Você – Dexter Payne Quartet +1.” And now, one year from Thiago’s passing, I am headed back to Brazil. I promise to stay in touch…

Another year passed – whew! So fast! I DID return from Brazil, after fifty days. What an amazing visit, especially the opportunity to study with, not one but three, phenomenal musicians. Ten months later, I feel I have only scratched the surface of the musical riches they offered! As if that wasn’t enough, this year I have “jumped out of the frying pan and into the fire” with my dear friends in Sherefe, as well as with El Yesfi Samir and Marrakech Express, scratching another lifelong itch – digging into a ton of Greek, Turkish and Arabic beauty.

And while I think I’m digging deep, right here at home it seems I’m just scratching the surface of something in plain sight! It’s a journey of discovery, uncovering things deep inside I am well conditioned to overlook. It’s about race and privilege, particularly in America, and I am inspired by our need to catch up with reality.

From a young age I have been drawn to music that speaks real culture, beginning with the rich musical heritage of African slaves in North America and their descendants. Working with people from other cultures makes me feel alive. I always thought, “We don’t want/need to talk about race because we are just happy to work together. We can leave that talk to someone else. After all, I’m  part of the solution, one of the good guys – I’m neutral!” Recently I discovered a very important fact – I’m White, and  pretty oblivious. It’s really not about bad guys and good guys, it’s about waking up to a very complete system, 400 years old at the least, of insuring people of European descent have everyone else under their thumb.

This is a much larger conversation and my awareness grows by the day, in no small part due to an ongoing collaboration with writer/spoken word artist/educator Norma Johnson. Together , we recorded her poem “Like Air” specifically for the 16th annual Conference on White Privilege. When we perform it’s more than a show, it’s journey. We are all in it together, it’s an opening to long-overdue conversations, particularly for those of us who thought there was no problem.

Learning continues, if we open to it – it’s a skill we can improve, for great benefit and pleasure. Despite the very human habit of living in the past and all that’s in place to “protect”(?) us from reality, the real world is full of  exciting possibilities, just waiting for us to step in.

Me, I just want to play a song – for the hungry, the homeless, the imprisoned and oppressed,  the sick and the dying, the war torn and displaced, for the natural world, for the dead. A song for life, all things and all beings, living in these most interesting times. As Dan Hicks said: “Gee, this IS an opportunity, isn’t it?”

Give a shout here! We will keep you informed with

“How many different groups do you play with?”

It's a question Dexter gets all then time. Sometimes it's hard for folks to understand that's what a horn player does (now more than ever). But Dexter takes it a step further - it's a world full of fascinating music! Click on OTHER PROJECTS to see all the great people he is playing with currently.
0 Flares Facebook 0 Twitter 0 Google+ 0 0 Flares ×